The Veranda is owned and managed by Spice of Life Catering, founded by Chef Mike Bomberg in 2004. A year-long trip around the world after college convinced Bomberg that he had to become a chef, graduating from the prestigious Culinary Institute of American at Hyde Park, New York. His menus continue to carry that international influence and inventive, unexpected flair.

After serving as chef for several of San Antonio’s best restaurants, including Polo’s at the Fairmount, La Mansion, and the Dominion Country Club, Bomberg knew he wanted to focus on the challenge and excitement of creating one-of-a-kind menus for groups large and small. Spice of Life Catering has been delivering just that for more than a decade.

As his catering company grew, Bomberg knew the next step was his own dedicated venue. But not just any space would do. After driving past the vacant Slimp estate daily for months, he became convinced he could take the rich history and natural beauty of the place and turn it into something extraordinary. The Veranda opened in May 2013.

Along with brother-in-law and finance manager Mauricio del Valle Prieto, Chef Bomberg heads a dedicated team including Jessica Silvaggio, director of sales and catering, and Kimberly Escaro, senior sales associate. The multifaceted Veranda team is excited to meet with you and deliver their favorite phrase: “Of course we can do that!” 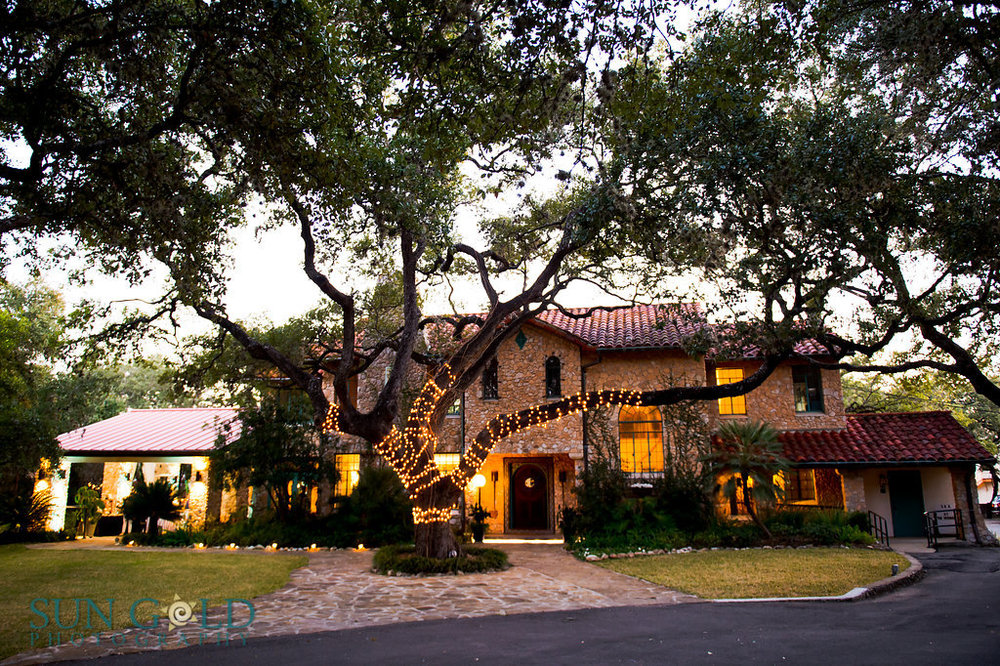 The “castle on the hill,” for which the Castle Hills neighborhood is named, was completed in 1931 and embodies the spirit of the gilded age. Designed by architect Ralph Cameron (also the architect of the Emily Morgan Hotel downtown), it was built for Chester Slimp, an oil baron, and his wife Helen, a prominent local artist. Her former art studio, where she painted alongside the Onderdonk family and Mexican artist Porfirio Salinas, is now available for intimate dinners.

The estate served as a popular restaurant, The Lodge at Castle Hills, for about a decade until December 2011. Chef Mike Bomberg purchased the estate in 2013 and directed an extensive renovation, adding additional event space and a commercial kitchen, while still retaining the charm and elegance of the home, with its natural stone, legacy oaks, and rolling lawns.